Michael Ottensmeyer grew up on a hundred-acre watermelon farm near Vincennes, Indiana. His early inspiration in art was his cousin and popular New York City artist, George Deem. Because of Deem’s influence, Michael was drawn to painting as early as elementary school age.

Michael earned a Bachelor’s Degree from Indiana State University in Terre Haute, IN, and married his wife Joy shortly after graduation. Both fond of European travel, they were fortunate to have lived and worked as civilians for the U.S. Forces in Italy and Germany on three separate tours for a total of 16 ½ years.

Michael’s first overseas assignment was that of Director of Civilian Employment for the U.S. Navy in Naples, Italy. Subsequently, he transferred to the position of Chief of Civilian Employment and Wage Management with the U.S. Army in Munich, Germany. After five years total in Italy and Germany, Michael was hired by the U.S. Air Force at Wright-Patterson Air Force Base in Dayton, OH. During his 3 ½ years as a Human Resources Manager at Wright-Patterson, he acquired a Master of Arts Degree in Public Administration.

He subsequently returned for a second overseas tour in Germany as Chief of Wage Management and Employee Development with the U.S. Air Force in Wiesbaden. In 1991, Michael returned to his previous employment at Wright-Patterson AFB, OH. In 1999, with retirement a mere decade away, Michael began to focus on his dream of fiction writing and painting. While still employed with the Air Force, he began to work on his first novel, and dedicated several hours per week to country-primitive style craft paintings. (Many of these were sold at Holiday Bazaars and other craft fairs around Dayton, OH).

After Michael took an early retirement, he and Joy returned for their third and final tour in Germany, in 2002, where Joy’s employment with the U.S. Air Force made her the official “sponsor,” and Michael worked as a freelance writer, continued work on his novel, and continued to paint country primitive paintings in his spare time. They eventually moved to the Atlanta area in 2006, where Michael began to produce primitive and Shaker style landscapes and farm scenes. His country scenes painted on skateboards became very popular items in an annual fundraiser known as “Skater Aid” in Decatur, GA to benefit Children’s Cancer Society. Michael’s work has been exhibited in Decatur, Peachtree City Library, Chatt Hills Gallery in Serenbe and Print Shop Gallery in Greenville. One of his primitive style paintings, entitled “Random House” is in the permanent collection of the New Britain Museum of American Art in New Britain, CT, since April of 2012.

In addition to his artwork, Michael published his novel, The Melon Boys, in 2007. It is a fictionalized account of his experiences during the summer of 1968 when, on hiatus from Indiana State University, he worked as a migrant laborer / watermelon packer in Alabama, South Carolina, Arkansas and Missouri. Michael optioned the story in May of 2019 to Five by Eight Productions based in Los Angeles, CA to be developed into a feature film. Since then, the production company has contracted with an award-winning screen writer / director, who is currently developing the screenplay. 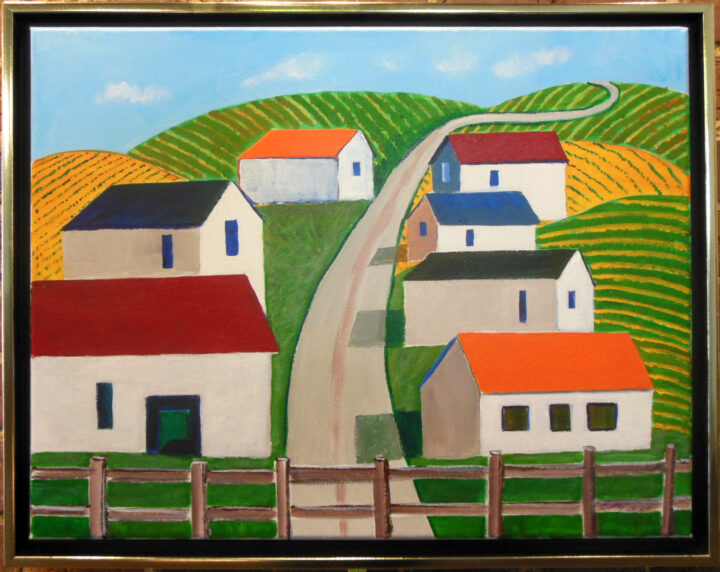 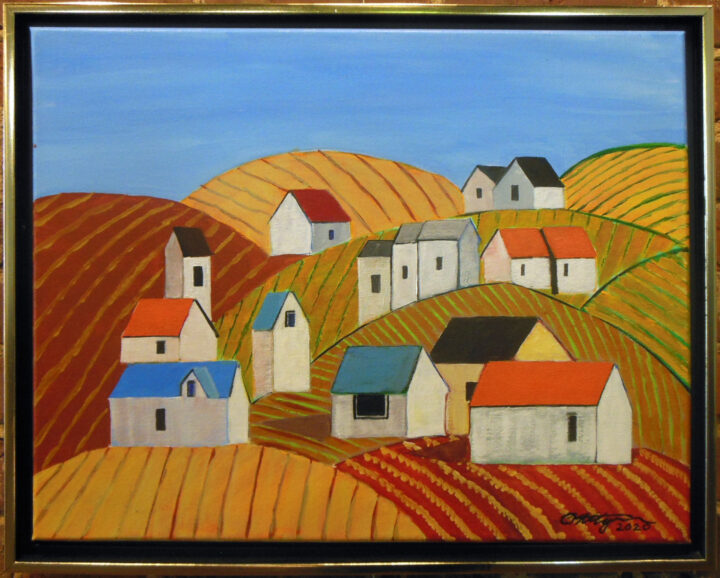 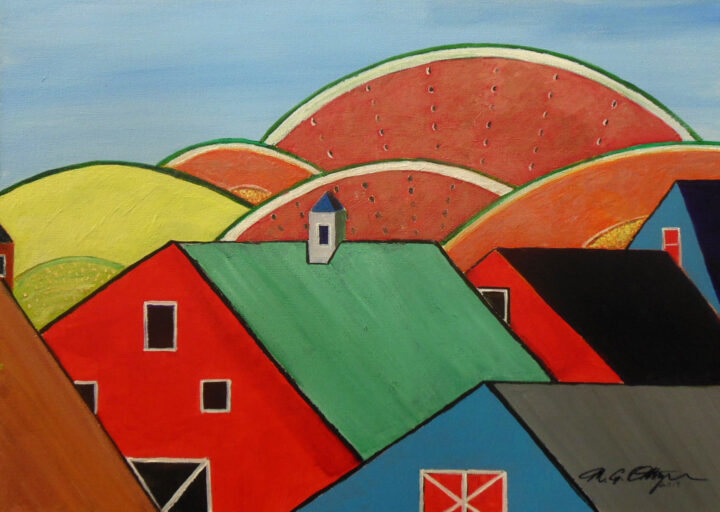 A Crowd of Barns and Melons by Michael Ottensmeyer 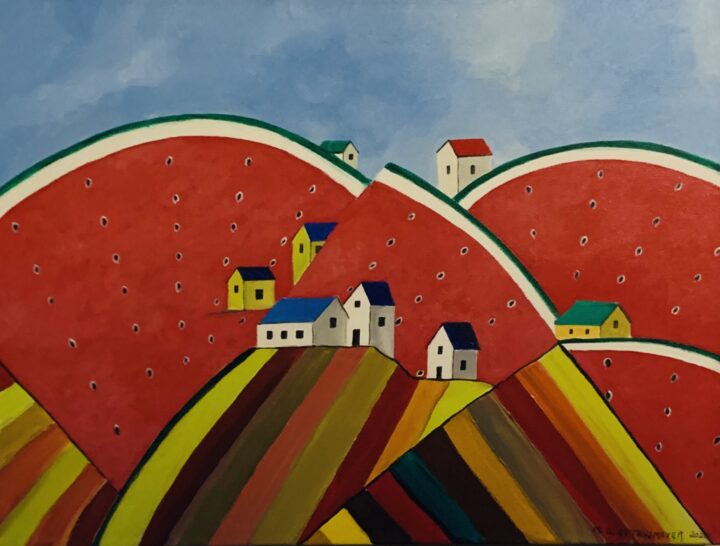 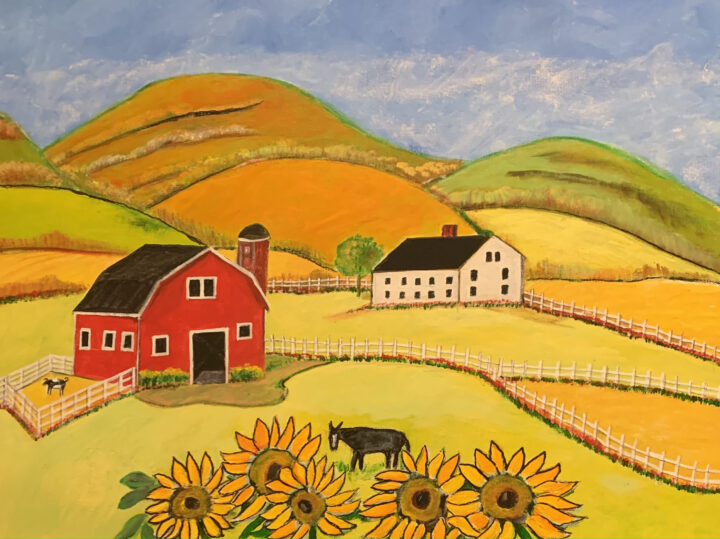 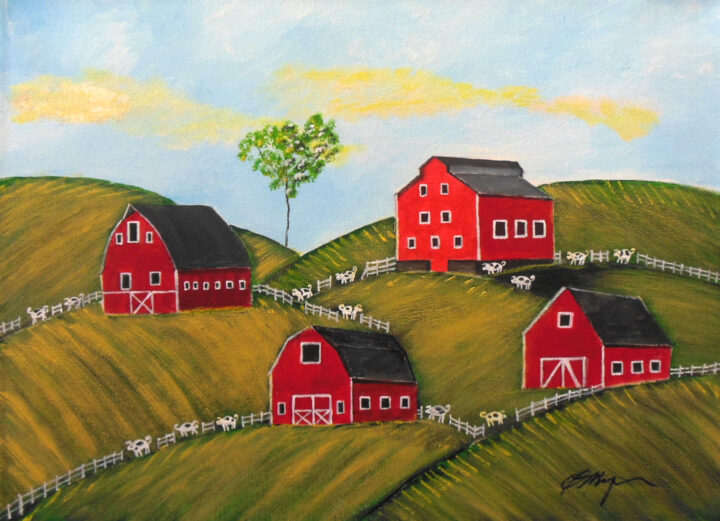 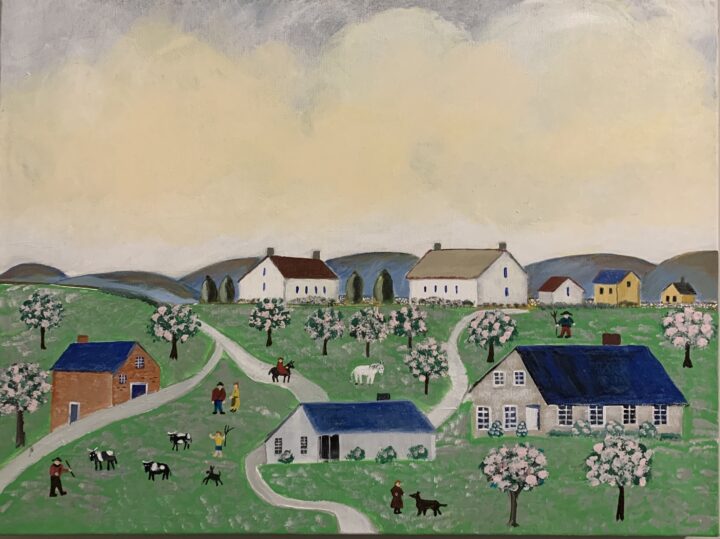 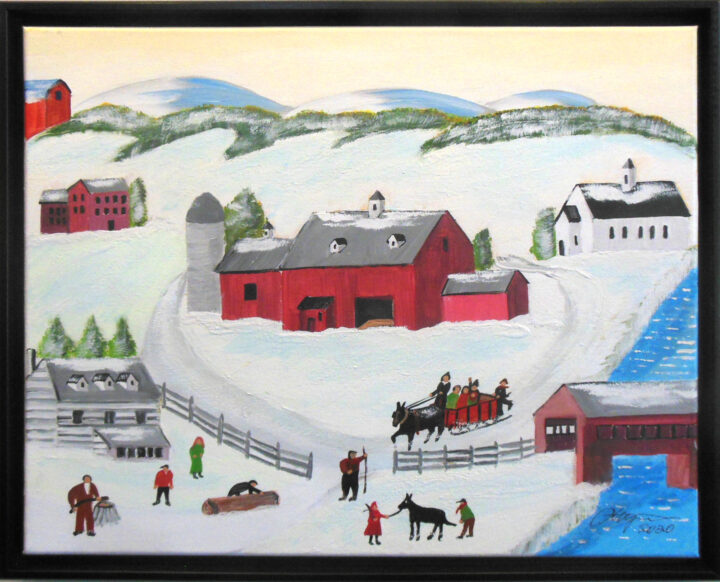 Winter Fun on the Farm by Michael Ottensmeyer 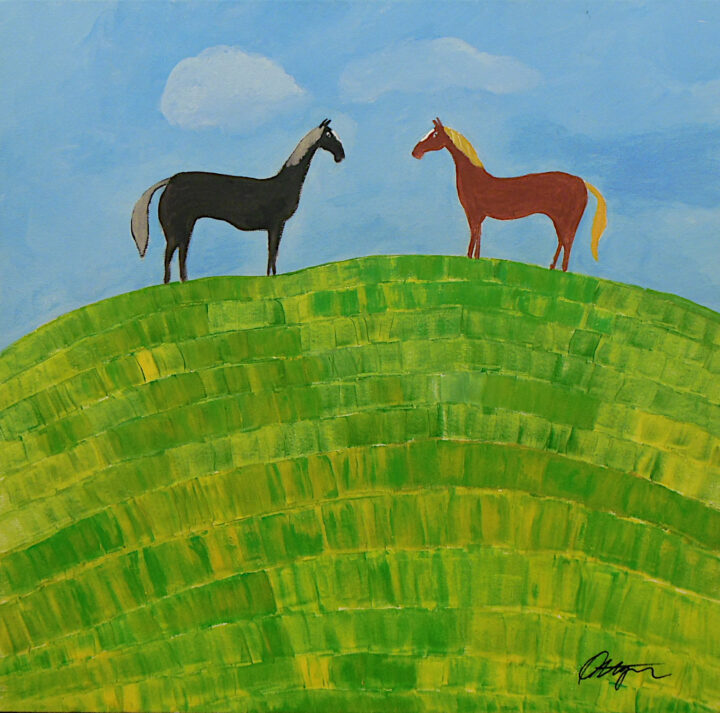 Two Horses on a Hill by Michael Ottensmeyer 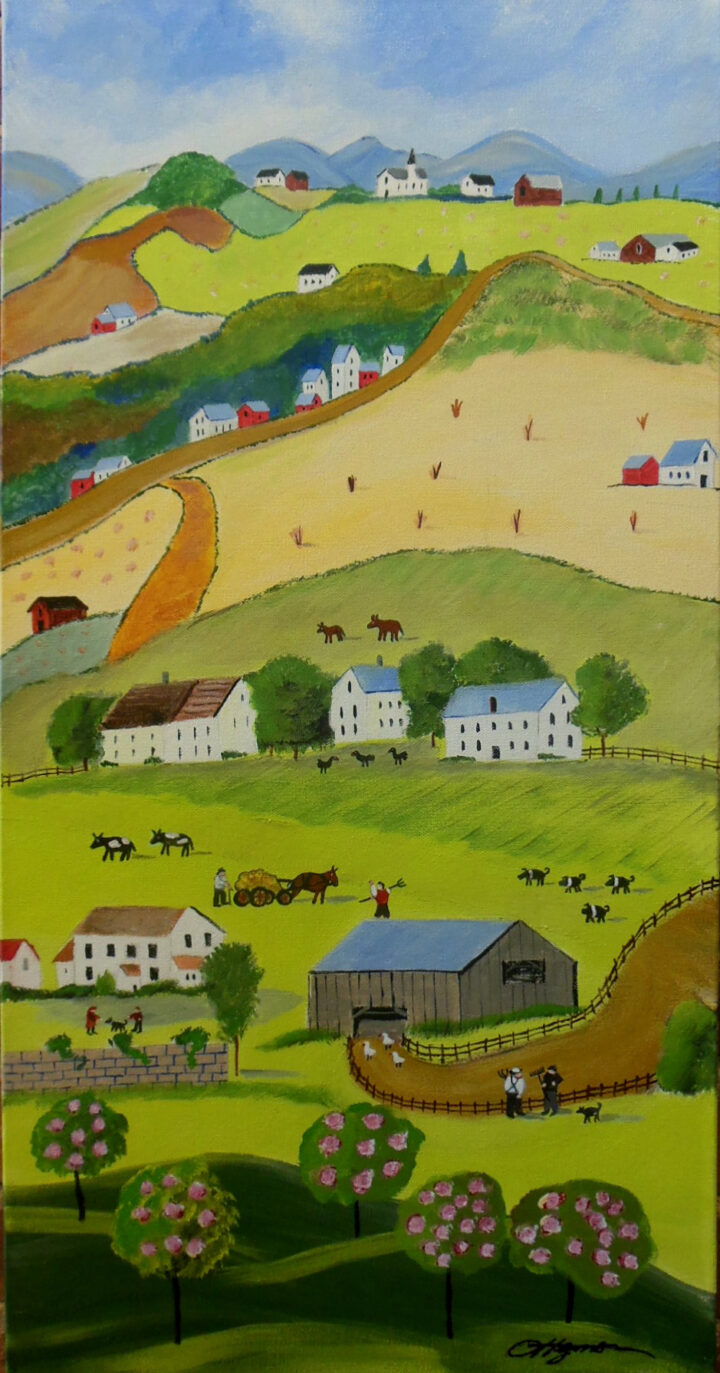 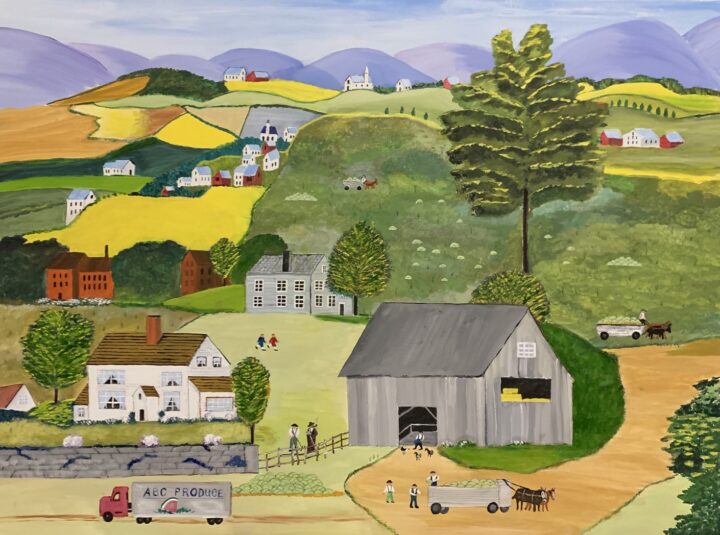 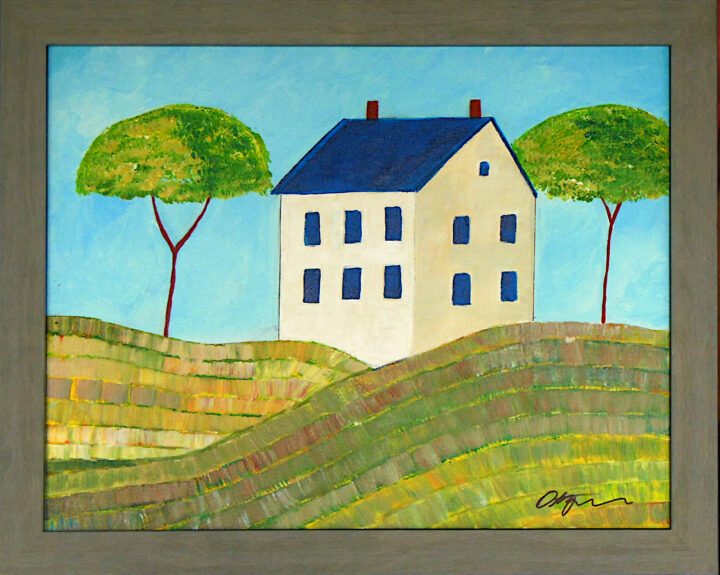 Barns are Noble by Michael Ottensmeyer 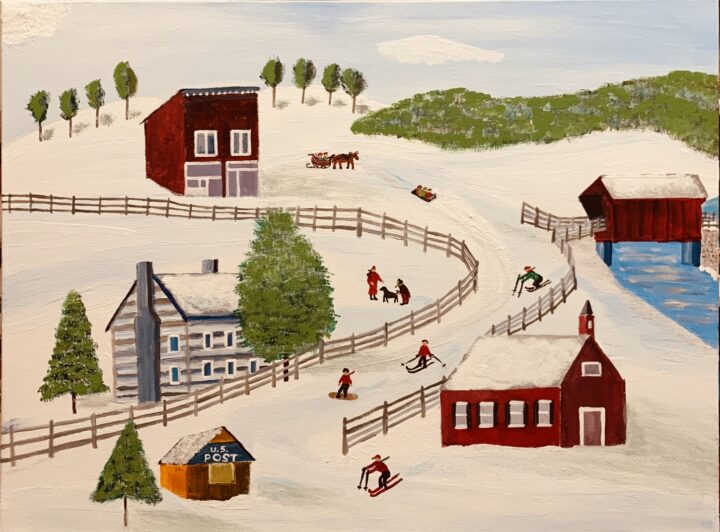 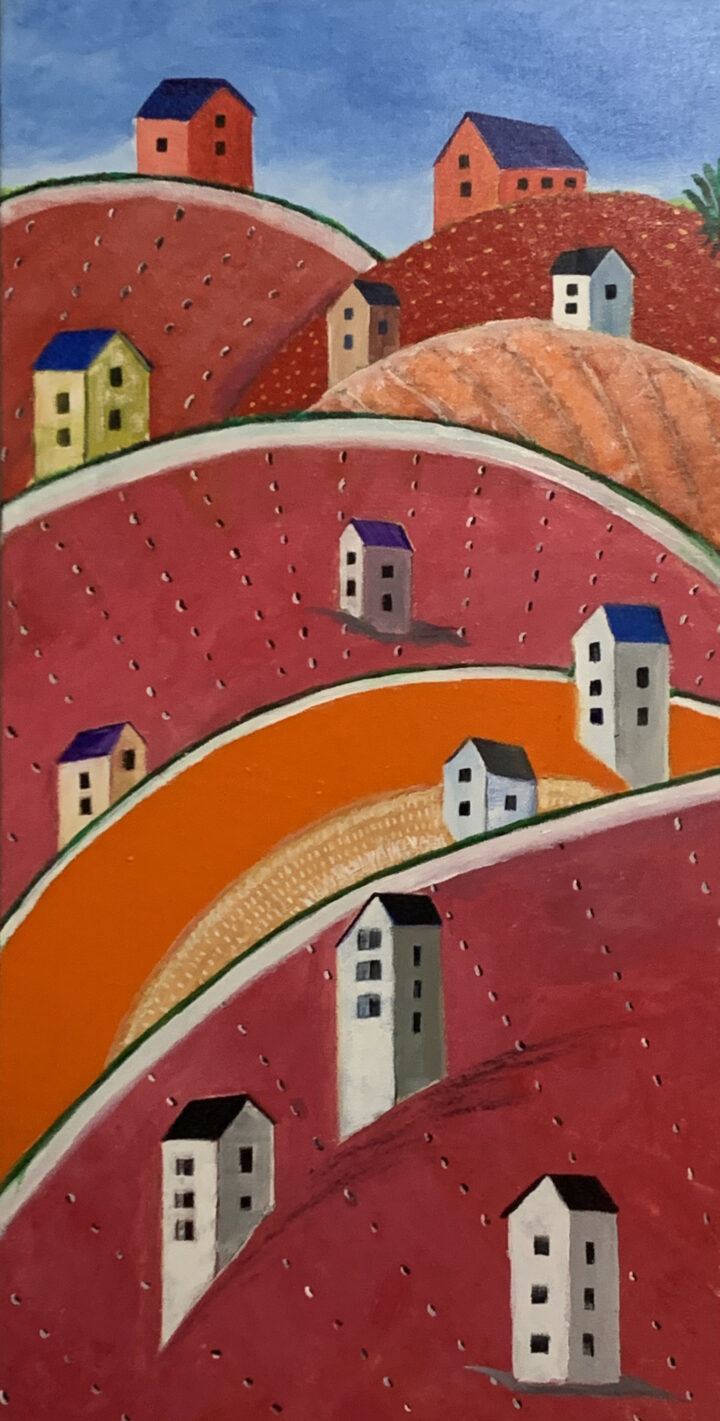 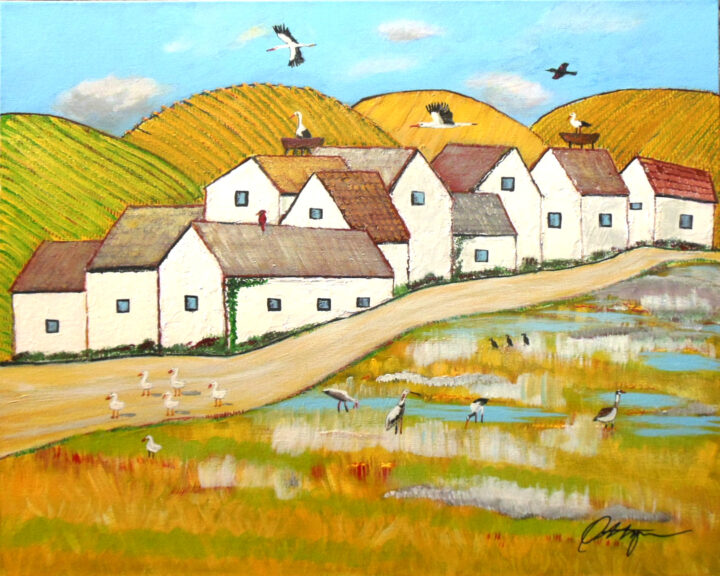 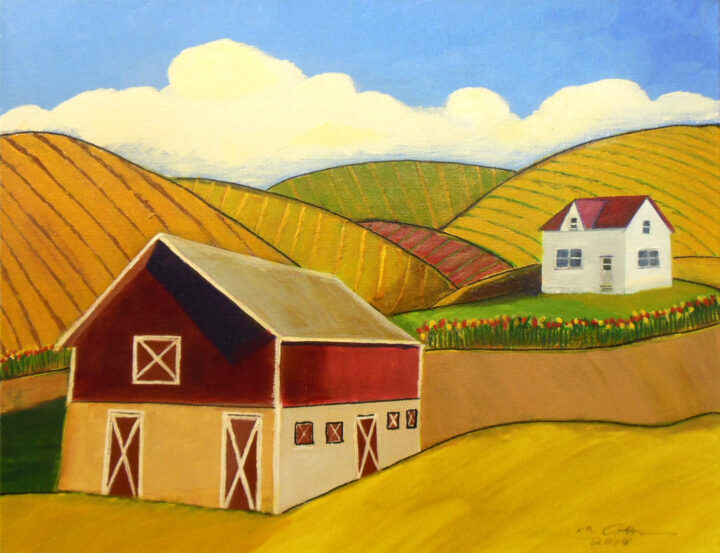 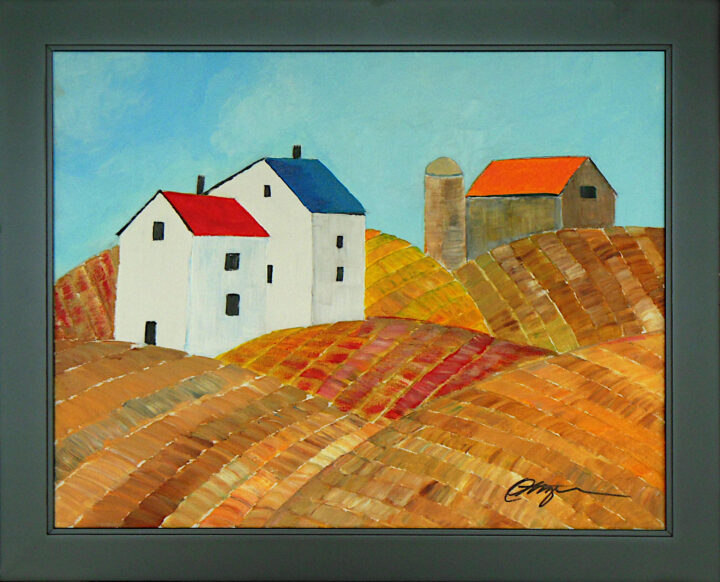 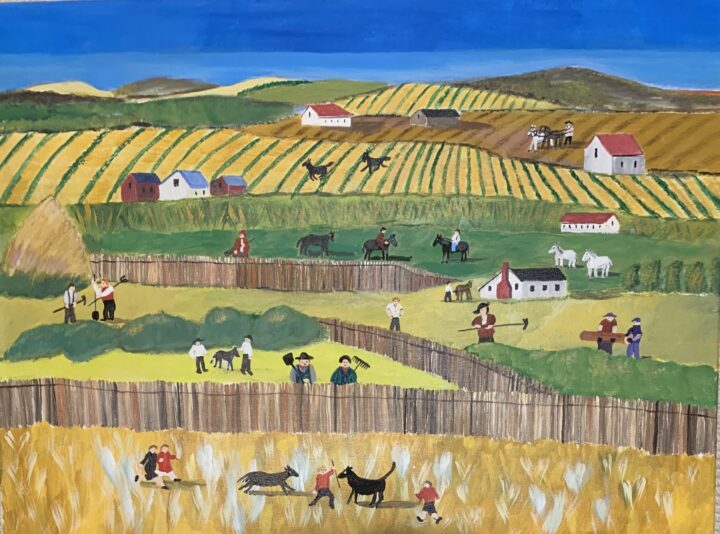 Busy Day on the Farm by Michael Ottensmeyer 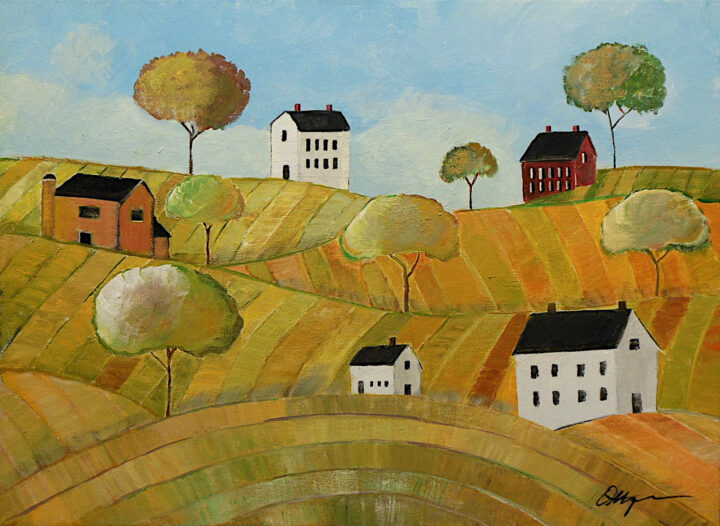 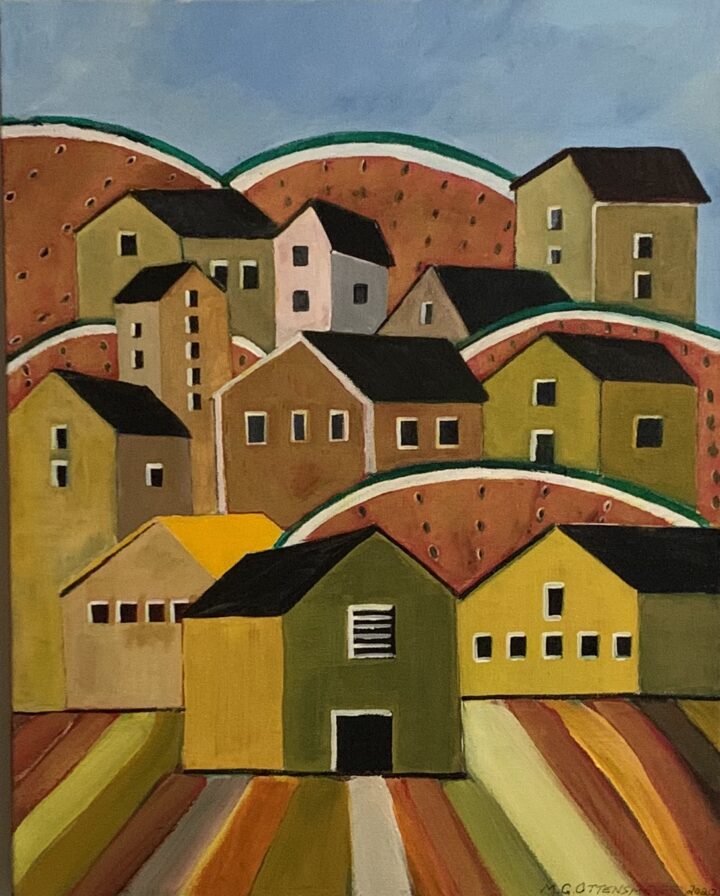 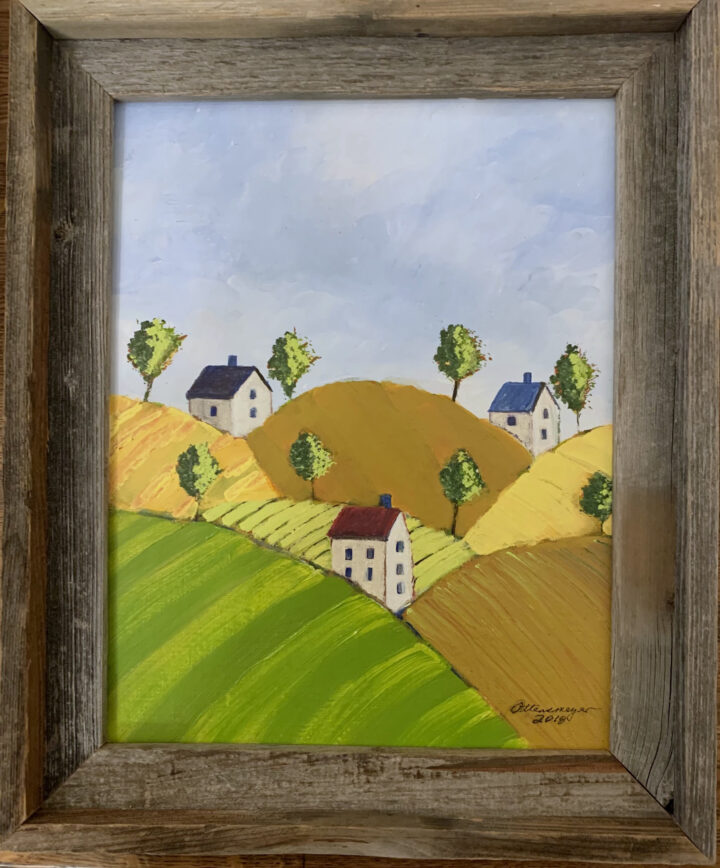