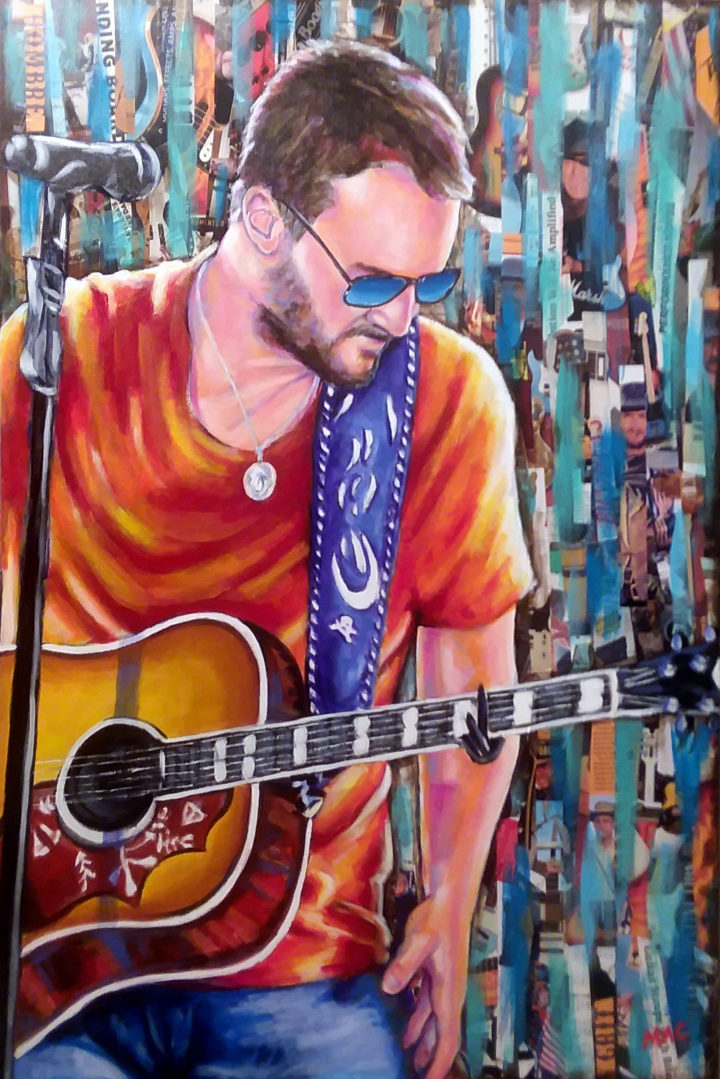 Mixed Media on on gallery wrapped canvas 36" x 24" Church was born on May 3, 1977, in Granite Falls, North Carolina, to Ken and Rita Church. Church worked with his father at Clayton Marcus, a furniture upholstery company where his father was president. At 13, he bought a guitar and began writing songs of his own. By his senior year of high school, he had found a gig at a local bar, which occupied most of his time. He played many Jimmy Buffett cover songs and a few of his own original songs in some dive bars. Some of these places were so rough that he got into a few altercations from the stage. For a few years, the band played often in bars and restaurants throughout North Carolina. The band "Mountain Boys" consisted of his college roommate, brother, and a fellow guitarist. Before moving to Nashville, Eric graduated from South Caldwell High School and then Appalachian State University with a degree in marketing. Upon graduation, Church became engaged to a Spanish teacher in the town of Lenoir, North Carolina. The future bride's father attempted to persuade Church into a corporate career, which he rejected as an aspiring musician (and later referenced in his song "What I Almost Was" from his debut album). She broke the engagement and he headed to Nashville with his father's financial backing. His father also provided the opportunity to make contacts, and more importantly, time to focus on developing his songwriting ability. https://en.wikipedia.org/wiki/Eric_Church 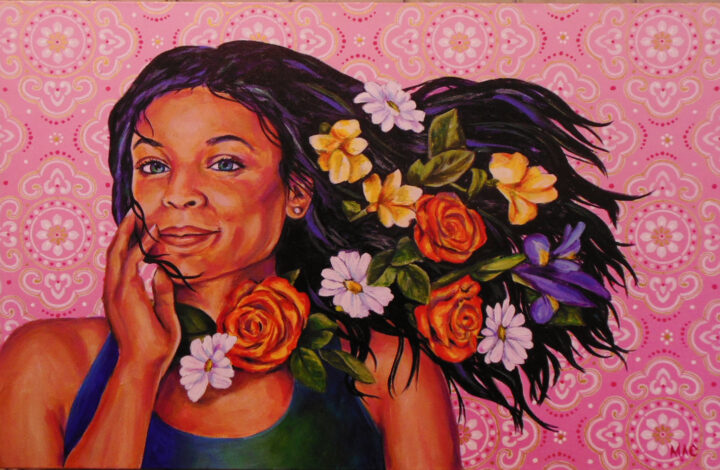 Acrylic on on gallery wrapped canvas, 24″ x 36" The portrait of this person is a friend of the artist. 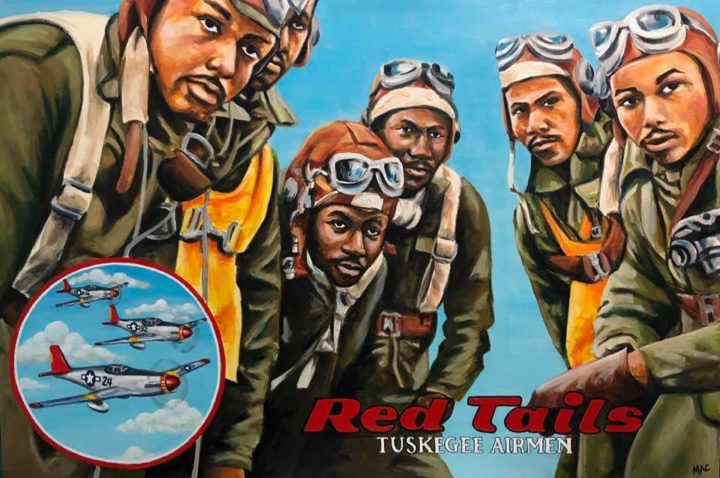 Acrylic on gallery wrapped canvas 36" x 24 Surviving Tuskegee Airmen say the standard was higher for them than it was for white pilots, and that the training was “an experiment designed to fail,” with many qualified African American pilots washing out during basic and advanced training. Of the 3,000 who trained to fly at Tuskegee, only 1,000 graduated. About 650 were single-engine pilots, with the remainder qualified as bomber pilots who never saw combat. Cadets faced racism and segregation at Tuskegee and other training bases such as Selfridge Field, Mich., and Walterboro Army Air Field, S.C. “We just loved the airplane, but we knew segregation at that time was the rule of the world,” said Dr. Roscoe C. Brown Jr., a Tuskegee Airmen who graduated on March 12, 1944, and later became commander of the 100th Fighter Squadron and one of three Tuskegee Airmen who shot down German Me-262 jets from the P-51 Mustang. “People who never grew up during segregation can’t realize how rigid it was,” said Brown. “You could go as high as you could in the black community, but you couldn’t go nearly as high in the white community. Opportunities were denied to you, and you had no recourse. That was why the NAACP and the civil rights movement got started back in the 1920s and ‘30s. That was the struggle the people of my generation went through.” But, according to Brown, “excellence is the antidote to prejudice.” Source here: https://www.af.mil/News/Article-Display/Article/473251/black-airmen-turn-racism-bigotry-into-opportunity/