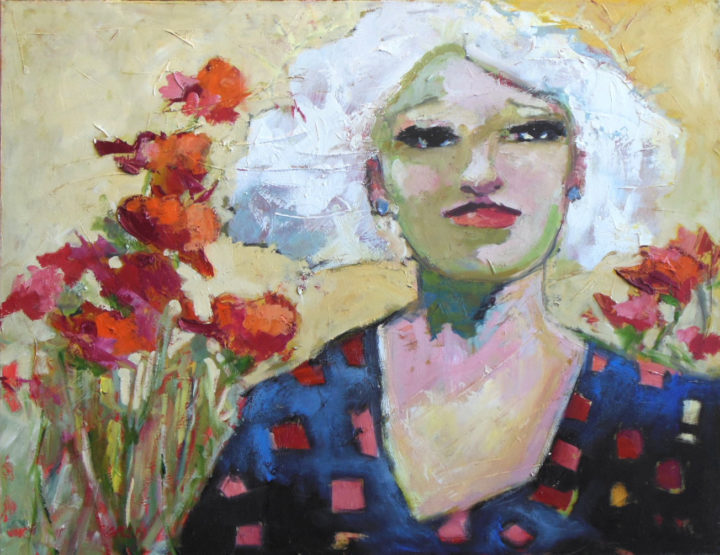 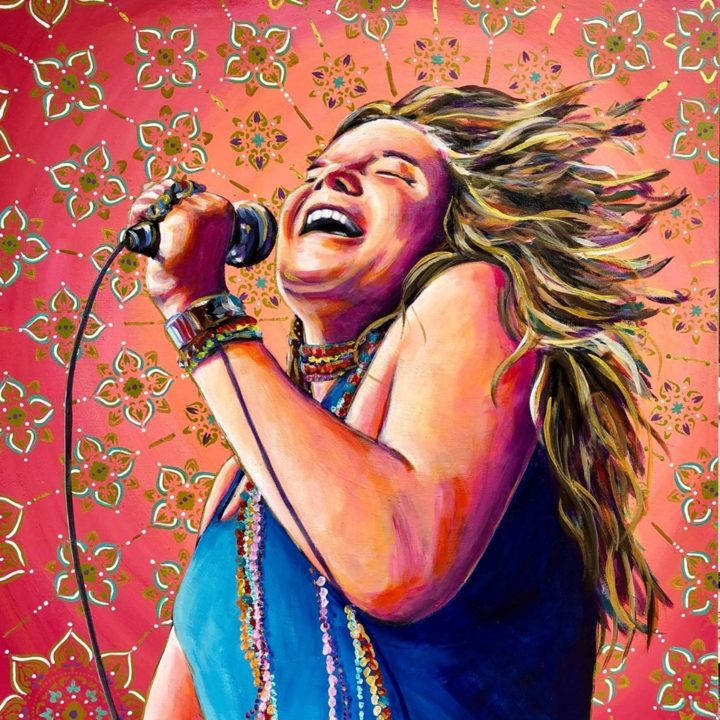 Acrylic on on gallery wrapped canvas, 30" x 24" Janis Joplin (January 19, 1943 – October 4, 1970) played at the Monterey Pop Festival as the lead singer for Big Brother and the Holding Company in 1967 where her unique voice and electric stage presence boosted her to fame. She later became a solo artist playing at many music festivals of the day such as the celebrated Woodstock Festival. She was best known for her song (written by Kris Kristofferson) “Me and Bobby McGee” but other works were also hits such ast “Piece of My Heart”, “Ball and Chain” and “Mercedes Benz”. Janis died of an accidental heroin overdose in 1970. Her final album "Pearl", was released after her death in 1971 and put her on the charts again. Janis is now part of the "27 Club", a list of talented artists over the years that have all died at the age of 27. Included in the club is Jimi Hendrix, Jim Morrison, Kurt Cobain, Amy Winehouse, Brian Jones, and Jean-Michel Basquiat. 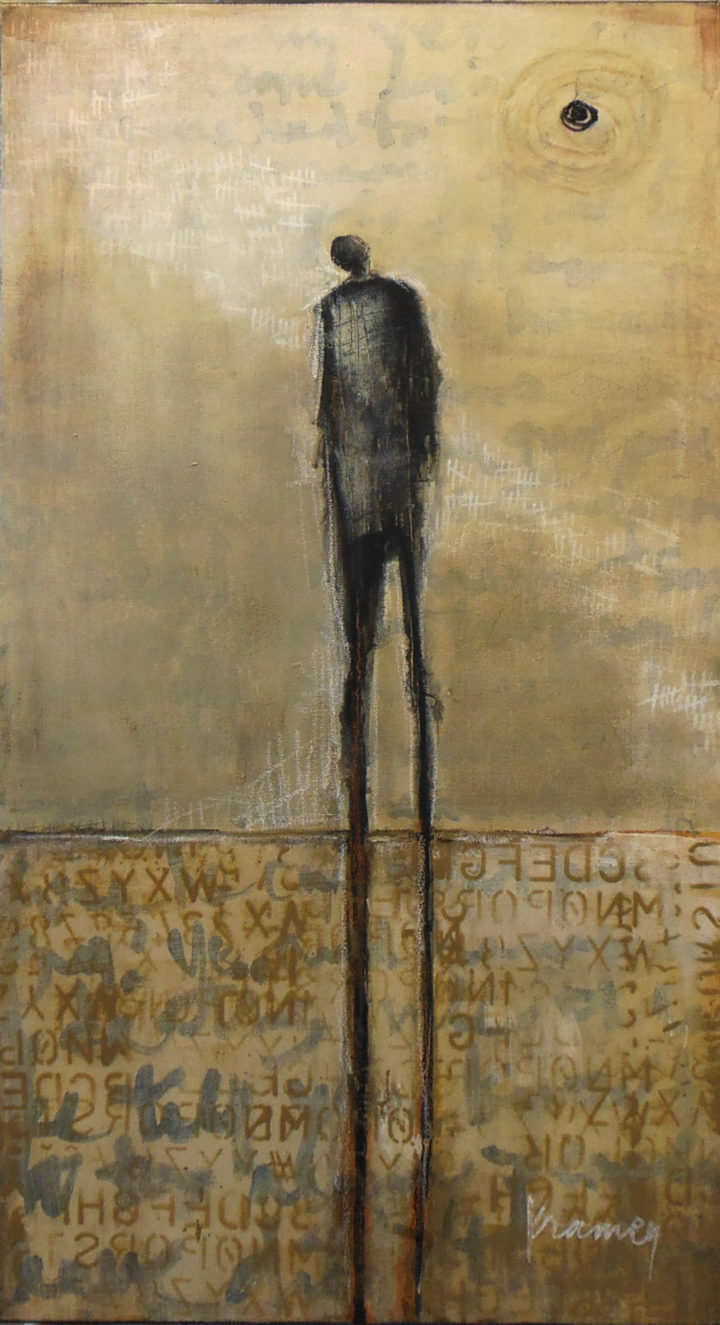 Looking Up by Kim Ramey 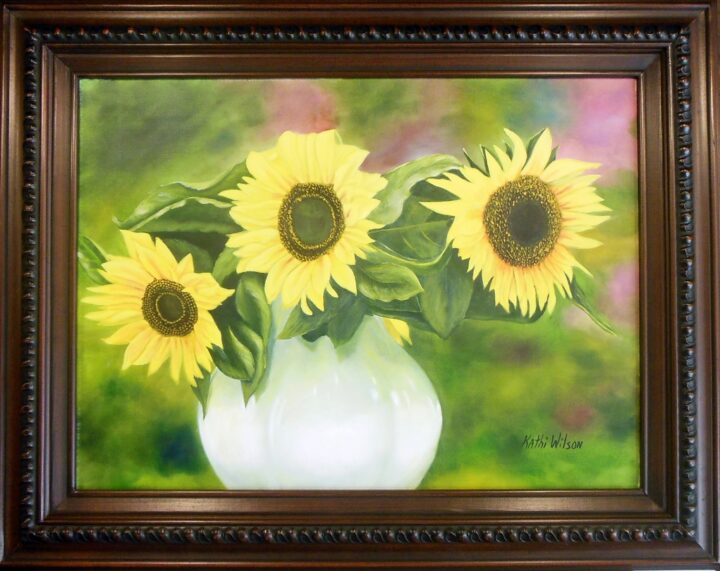